This position letter is prepared by Indigenous Peoples’ Alliance of the Archipelago (AMAN) as a critical response toward the Indonesian government’s Intended Nationally Determined Contribution (INDC). The INDC is a commitment of the Indonesian government to lower greenhouse gas emissions. It will be compiled with  similar documents from other countries and frame a global agreement at the Conference of Parties (COP) 21 in Paris at the end of this year. This position paper is specifically prepared to highlight the existence of indigenous peoples (IPs) in Indonesia and their contribution to ensuring the implementation of Indonesia’s commitment to the reduction of greenhouse gas emissions globally.

This position paper is very important as from a constitutional aspect, Indonesia is one of the most developed countries in terms of recognizing and respecting the rights of IPs, as mandated by Article 18B Paragraph (2) and Article 28I Paragraph (3) of the 1945 Constitution. One of the IPs’ Constitutional Rights is the right to indigenous territory, which is long ignored and violated since the publication of Basic Forestry Law No. 5 of 1967, but regained reaffirmation and confirmation under Constitutional Court Decision No. 35/2012. This Constitutional Court Decision No. 35/2012 is the result of a judicial review against Forestry Law No. 41/1999 that unilaterally grabed and converted customary forests into state forests.  Sectoral laws, both the revised and new laws created after the reform, have provided confirmation on the existence of IPs and their rights of origin or traditional rights. The synchronization and harmonization of these diverse sectoral laws is currently taking place through the establishment of bill on Recognition and Protection of the Rights of Indigenous Peoples (PPHMA) at the initiative of the House Representatives. The bill of which has been re-included in the 2015-2019 National Legislation Programme.

Indonesian government’s stance is clearly contrary to the Constitutional Court Decision No. 35/2012, which uses the UN Declaration on the Rights of Indigenous Peoples and various human rights instruments including ILO Convention 169 on Indigenous and Tribal Peoples, as its references and proof.

INDC Draft is not in line with the six (6) commitments of President Joko Widodo related to the recognition, fulfillment, and protection of the rights of indigenous peoples as set out in NAWACITA, outlined in the Medium Term Development Plan. Furthermore, at a 25 June 2015, President Jokowi reaffirmed his commitment during a meeting with Indigenous Peoples’ Alliance of the Archipelago.

President Jokowi’s also reinforced is support for indigenous peoples in his official speech delivered on 14 August 2015. In his speech, President Jokowi involved Indigenous Peoples as part of climate change mitigation in the forestry sector through REDD+. This is consistent with many practical examples existing within Indigenous Peoples such as addressing forest fires with water regulation on peatland ecosystem, creating bulkhead canals, and various models of equitable and sustainable forest management. Of course IPs’ key role in addressing climate change will be effective and sustainable if the rights of IPs over traditional territories are protected by the state.

Various studies show a strong causal relationship between the ownership of forests by communities and forest conservation and community welfare. Research by the World Resources Institute and the Rights and Resources Initiative (2014) on Securing Rights, Combatting Climate Change conducted in 14 forested countries in Latin America, Africa, and Asia shows that countries that provide legal ownership of forests to customary laws society can control deforestation much better than the forests owned by the state.

AMAN as indigenous community-based mass organization fights for the rights of IPs in Indonesia, with 2.302 indigenous community members and an estimated total of 17 million peoples. Along with the preparation of REDD implementation in Indonesia, AMAN has contributed to the preparation of REDD National Strategy, emphasizing the role of IPs in forest management, and as the holders of rights to indigenous territories and customary forests, among others in tenure arrangement, implementation of Free Prior Informed Consent (FPIC), and the application of safeguards.

Following up the Constitutional Court Decision No. 35/2012, an important event took place in Vice President Palace in September 2014.  The National Initiative on Full and Effective Participation Development of Indigenous Peoples through REDD+ was launched and signed by seven ministries and state institutions: 1. Minister of People’s Welfare; 2. Minister of Home Affairs; 3. Minister of Forestry; 4. Minister of Justice and Human Rights; 5. Minister of Environment, 6. Head of National Land Agency, 7. Head of Indonesia Geospatial Information Agency, 8.Head of National Human Rights Commission , 9. Head of REDD+ Executive Board.

Following up the letter from AMAN Secretary General to President SBY prior to the signing of LoI between Indonesia and Norway, AMAN continues to accelerate the indigenous territory mapping along Indigenous Territory Registration Agency, Participatory Mapping Network, and other supporting Institutions. AMAN supports government the in setting One Map Policy through the Indonesia Geospatial Information Agency.

Currently, the Ministry of Environment and Forestry has received the Indigenous Territory Map measuring 6.8 million hectares, of which 4.7 million hectares have been processed by the Ministry of Environment and Forestry with the intention to revoke the status of state forest and return them to forest rights. Furthermore, the overlay analysis between 6.8 million hectares of Indigenous Territory and Indonesia Land Cover 2012/2013 by Forest Watch Indonesia showed that 4,404,511 hectares or 65.11% are still forested.

The important role of IPs in climate change mitigation should be highlighted and integrated into the climate change mitigation framework in Indonesia to preserve remaining forests and rehabilitate deforested forests. IPs’ potential contribution in addressing climate change can be seen in the Indigenous Territory Indicative Map made by SEKALA, AMAN, JKPP, and BRWA, which is overlayed with Forest Cover Map 2014 by Forest Watch Indonesia (FWI). Result of this spatial analysis by overlaying Indigenous Territory Indicative Map and Forest Cover Map shows that conservation, management, and rehabilitation of indigenous forests can be done in a minimum area of 54,7 million hectares of forested indigenous peoples territories.

AMAN Recommendations to the Indonesian Government

Indonesian Government should recognize IPs’ contribution in managing and protecting customary forests through conservation and rehabilitation, making it easier for the government to reduce greenhouse gas emissions.

Indonesian Government should integrate the Indigenous Territory Maps, both of which submitted to the government covering 6,8 million hectares and Indicative Maps with estimated cover of 84 million hectares, into National Strategy on Mitigation and Adaptation to Climate Change in Indonesia.

Indonesian Government should integrate laws and policy changes at the local and national level to recognize and protect the rights of indigenous peoples, as mandated by 1945 Constitution, Constitutional Court Decision No. 35/2012, UNDRIP, and various Human Rights instruments ratified by Indonesia. 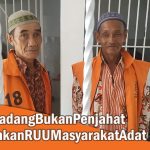 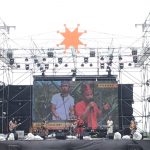 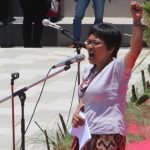 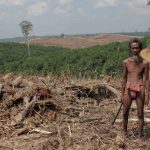 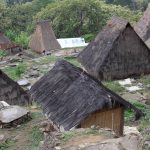